First and foremost, I’d like to put it on record that I have the upmost respect for all our men and women who serve in the police force. I have every confidence that they will eventually apprehend those responsible for the illegal fracking, though I fully appreciate that the lack of witnesses and viable evidence may prove problematic. 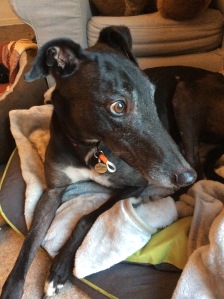 First contact started a little bit awkwardly, as apparently, 999 is not an appropriate number to dial unless there is immediate danger of some kind. Having ascertained this, I redialed and was connected to an operator at the local station, who put me on to PC Dave from the dog section . The conversation went something like this:

MONTY: I’d like to report some illegal fracking, please.

PC DAVE: Are you involved in the mining business yourself, sir?

MONTY: No. But I am digging a trench.

PC DAVE: What kind of trench?

MONTY: A large one. I anticipate it will run the whole length of the garden.

PC DAVE: And for what purpose are you digging this trench, sir?

MONTY: Does it matter?

PC DAVE: It might. I’m just trying to ascertain your reasons for digging a trench. You’re not planning on using it for any kind of anti-social behaviour are you?

MONTY: How dare you! I’ve never been anti-social in my life.

PC DAVE: There’s no need to become defensive, sir. I’m just conducting basic enquiries. You have to admit, it’s a little unusual to build a trench in a suburban garden.

MONTY: I have my reasons.

PC DAVE: I’m sure you do, sir. Do you also have planning permission?

It was at this point, unfortunately, that the phone failed. I decided against ringing back today. I feel satisfied that I have made an initial enquiry and will speak with PC Dave again in the near future.

I have also determined to re-establish contact with Bob at The Council to chase up my planning application. Not because I am worried about it, I just feel it’s time to conclude business on that front.