261. When Due Process Is Not Followed – by Monty

I appear to have died and gone to Heaven. OUTRAGEOUS! I am outraged. Outraged, I tell you. In addition,I have been placed in a box! HOW DARE YOU!

Granted, there was talk of organ failure and a trip to the vet which necessitated an overnight stay in the hospital, but at no point was my transfer to Heaven discussed with me. There was no public consultation period which I am absolutely sure is a legal requirement. Due process was obviously not followed. There needs to be a Public Enquiry. I have ordered a full report.

As you well know, I am not one to complain, but suffice it to say, St Peter was left in no doubt about my feelings. Interestingly enough, I am in fact very happy to be here. I am in excellent condition and completely pain free. Everything I want, I have.

An extra large electric bed with …..

All By My Alone – By Chicken

I love my big bum Monty donty ponty poo head but he has all left me by my alone self. He did get sick all of a suddenly last year and did go to the big horsepit but then he didn’t all come home. I waited by standing looking at the door for weeks and ages and ages but Monty didn’t come through the door ever again.

My tail could not do wagging anymore and one day I did see Monty again and my tail did wagging but it was a black Labra doorstep and he was not Monty so he was stupid. I has friends when I go walking on Rabbit Hill and they is all friendly to me but they is not Monty so they is all stupid as well.

The Fairy is sad.

My big bum Monty donty ponty poo head has left me by my alone self and I am sad.

Posted on April 18, 2020 by captaingreyhound

Chicken’s head has fallen off.

She has had some sort of verbal altercation with Ugly Cat which has left her quite distressed. By which I mean angry.

Best to let her calm down

I do not mind cats myself and have found Ugly Cat to be generally agreeable and, on occasion, helpful with regards my security work. He doesn’t often come into my garden, preferring to sit on the shed roof next door.

For some reason however, he has decided to associate himself with Ugly Kitten who is still rather small, despite being over a year old. Ugly Kitten does come into my garden – sometimes during daylight hours. Ugly Kitten has not yet acquired any dignity, nor self-control. I do not know what it is that makes him bounce off the fences and ricochet off various obstacles in my garden, but it is a sure way of getting oneself eaten.

To all cats everywhere, and to Ugly Kitten in particular, I offer this advice:

Choose a direction. Just one. Stick to it.

Posted on April 17, 2020 by captaingreyhound

I would like to dedicate this post to all the wonderful and brave people in the NHS, emergency services, social care and key workers who are still going out to work to help us all. THANK YOU ❤️

258. Monty Stole My Chicken – by Chicken

Posted on February 2, 2020 by captaingreyhound

My lovely Monty was being all nice to me and then he did stealing and he did steal my chicken!

Then The Fairy did say that my special incompetence medicine was in the bits of chicken that fat Monty stole and it was important.

I did go to Monty and did say he had all eaten my special incompetence medicine and I did want it back. The Fairy told him that it had special lady hormones in it but Monty did say he was fine and it had all not affected him.

Fat Monty stole my chicken. I did laughing. 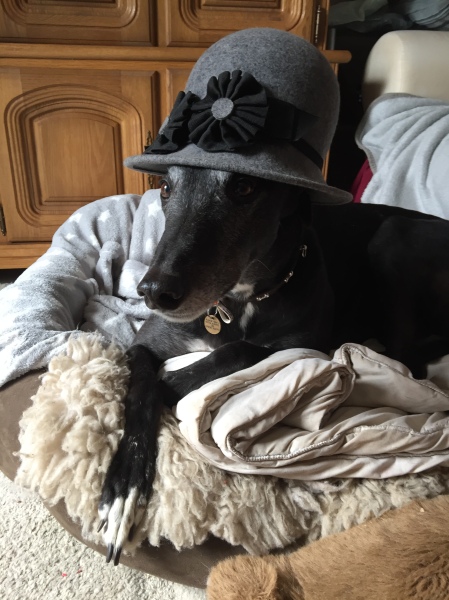 Posted on February 1, 2020 by captaingreyhound

Posted on December 2, 2019 by captaingreyhound

You have too much time on your hands.

This dog is not for dressing. That’s what we have Chicken for.

Posted on September 10, 2019 by captaingreyhound

I understand that the current political situation is one that demands my attention, but I have recently been pre-occupied with something that I’m sure you will agree, is much more important than the future of Britain: The Mud Head Project.

Yes people – my Mud Head is back on the menu!

After much debate, I conceded to my digging pit being removed in order to have my Mud Head take centre stage right in the middle of the garden. Whilst I accept this, it is nonetheless very painful.

Goodbye old friend. You have served me well.

Posted on September 5, 2019 by captaingreyhound

SAD AND THEN HAPPY STORY 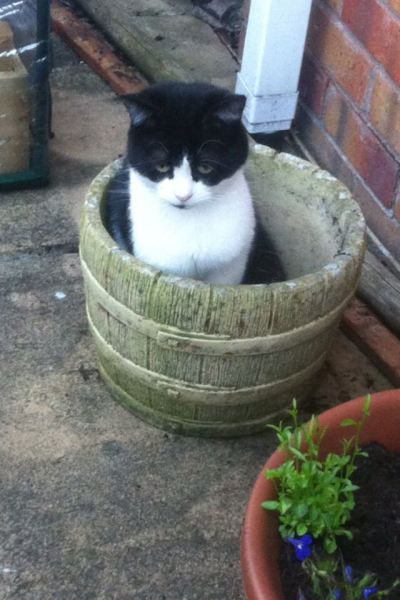 Crumb Bum now has his own pot

Then one day the lady from the second-hand cat hotel did come with a shopping trolley and did take the scared cat to the hotel in the shopping trolley. They did give him a chip. I does think they were mean to give him just one chip and they could have given him a full bag.

The poor cat was very scared and then Auntie Sister did get him and take him to her house and he did hide for weeks and weeks and weeks. Then one day he did fall in love with Auntie Sister and did want cuddles and kisses all the time and at last he was happy happy. He grew proper big legs so his tummy was all not on the floor anymore and he did also get a name. He is all called Crumb Bum because he has crumbs on his bum.

Monty did say that a lot of the peoples in the government has lost their whippets.

253. Will The Real Crumble Please Stand Up – by Monty

Posted on September 4, 2019 by captaingreyhound

I really do hope that Chicken is never called to court as a witness. 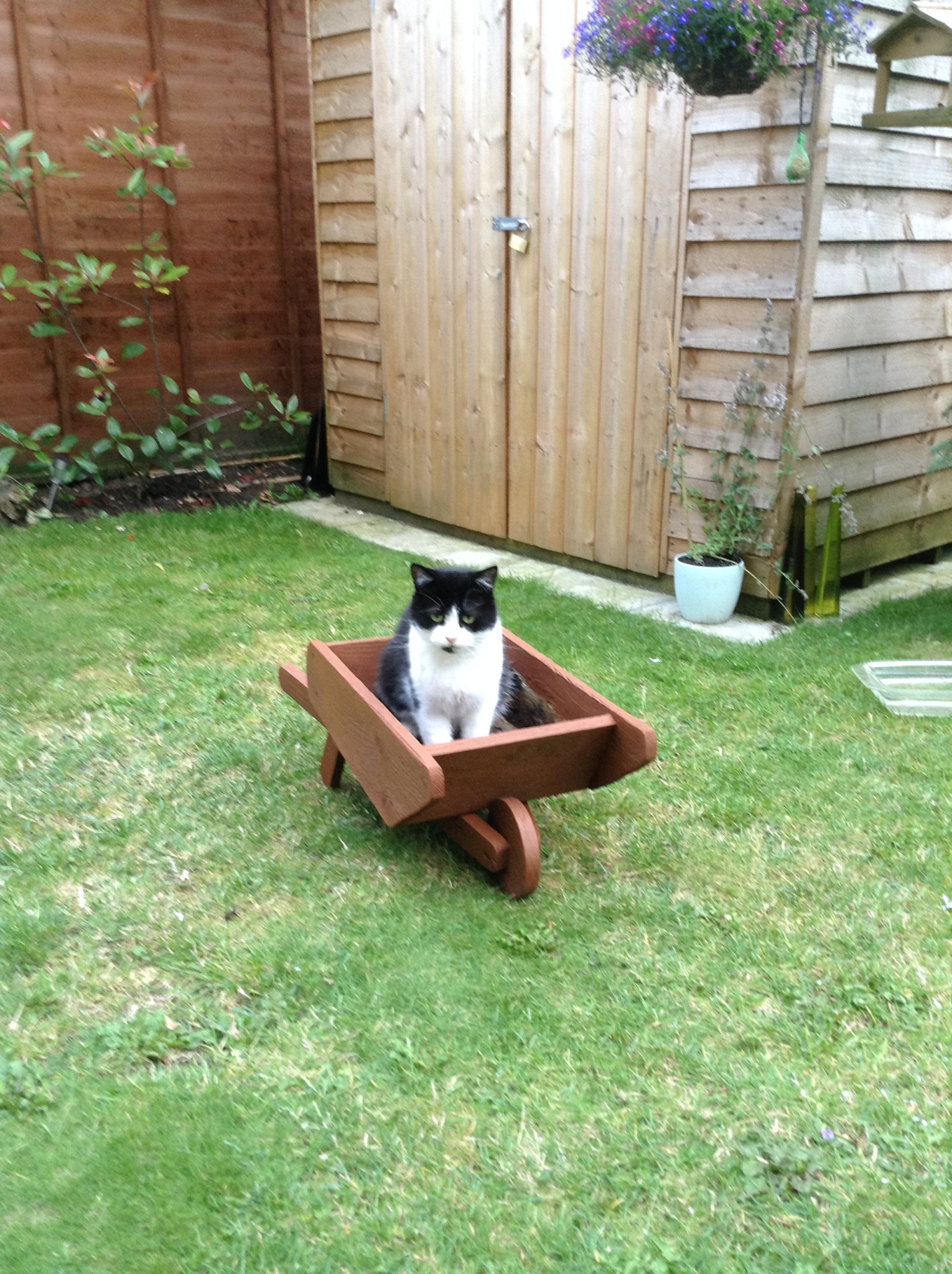