Chicken’s head has fallen off.

She has had some sort of verbal altercation with Ugly Cat which has left her quite distressed. By which I mean angry.

Best to let her calm down

I do not mind cats myself and have found Ugly Cat to be generally agreeable and, on occasion, helpful with regards my security work. He doesn’t often come into my garden, preferring to sit on the shed roof next door.

For some reason however, he has decided to associate himself with Ugly Kitten who is still rather small, despite being over a year old. Ugly Kitten does come into my garden – sometimes during daylight hours. Ugly Kitten has not yet acquired any dignity, nor self-control. I do not know what it is that makes him bounce off the fences and ricochet off various obstacles in my garden, but it is a sure way of getting oneself eaten.

To all cats everywhere, and to Ugly Kitten in particular, I offer this advice:

Choose a direction. Just one. Stick to it.

I would like to dedicate this post to all the wonderful and brave people in the NHS, emergency services, social care and key workers who are still going out to work to help us all. THANK YOU ❤️

Posted on February 1, 2020 by Mydogslife

Posted on December 2, 2019 by Mydogslife

You have too much time on your hands. 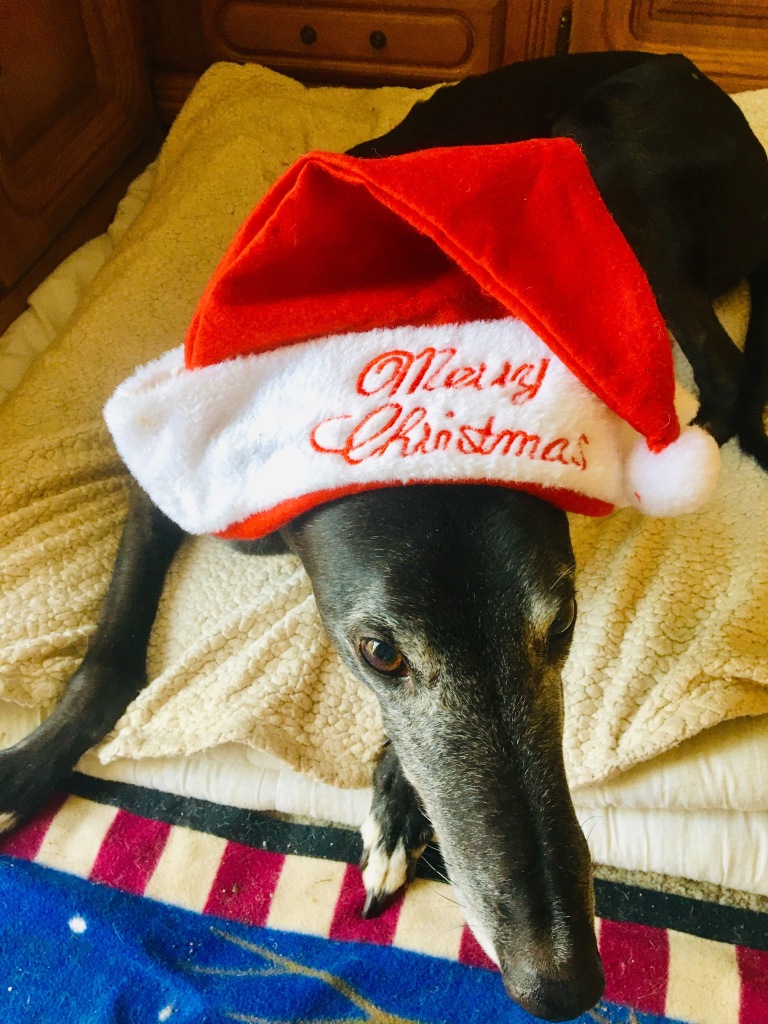 This dog is not for dressing. That’s what we have Chicken for.

I understand that the current political situation is one that demands my attention, but I have recently been pre-occupied with something that I’m sure you will agree, is much more important than the future of Britain: The Mud Head Project.

Yes people – my Mud Head is back on the menu!

After much debate, I conceded to my digging pit being removed in order to have my Mud Head take centre stage right in the middle of the garden. Whilst I accept this, it is nonetheless very painful.

Goodbye old friend. You have served me well.

253. Will The Real Crumble Please Stand Up – by Monty

Posted on September 4, 2019 by Mydogslife

I really do hope that Chicken is never called to court as a witness.

252. Britain Beats Every Other Country In The World – by Monty

Posted on September 3, 2019 by Mydogslife

Britain has won the Global Voting Competition, coming first in almost every category including: Most Frequent Voting; Best Excuse For Voting; Worst Excuse For Voting; Most Meaningless Vote, and Greatest Number Of Repeated Votes For Exactly The Same Thing. It was also awarded the Country Most Likely To Have Another Vote Before The End Of The Day trophy.

We are all feeling very proud.

We recently spent the day with Sister at Grandma and Grandad’s house, as I am supervising the building of a new pond. It dawned on me that whilst we see Sister, we no longer visit her house. I was perplexed by this, so surreptitiously sent Chicken to mingle with them to see if she could glean some information regarding this matter.

Who wouldn’t eat the crumble?

I will not pretend that I understood everything that Chicken said, but she appeared to be reporting that Sister always has a fruit crumble in her house, and The Fairy is worried – quite rightly, I concede – that Chicken and I would eat it.

I have called a meeting with The Fairy to clarify some of the finer points. Sister is always so kind to us, that I find it difficult to believe she would object to us eating the crumble. If need be, we will have a vote to settle the issue of visiting Sister’s house.

Posted on September 1, 2019 by Mydogslife

I’m sure that, like me, you are riveted to the ongoing Brexit negotiations. Chicken’s interest is now waning after an initially enthusiastic start. I can see her point. They are making it out to be a lot more complicated than it is. As far as I can see, we have three options.

1. Forget the whole thing, remain part of Europe whilst quietly dispensing with the whole silly democracy thing, and go about our daily lives with renewed energy.

2. Leave Europe but remain close by and go about our daily lives with renewed energy. Chicken suggested settling the country just off the coast of Norway.

3. Leave Europe, put a large distance between us and go about our daily lives with renewed energy. Chicken suggested moving closer to Panama where some of our tax revenue is held in off-shore accounts, but has recently changed her mind when she realised there would be many more 35 degree days.

All round English hero

That’s it. That’s all there is to it and I really believe they should stop making a meal of it. If a meal is going to be made; let it be of steak and cake. Possibly also sausages and ice cream.

The Fairy and Chicken are both making plans to marry Ben Stokes, all round English hero. Yet again, I fail to see the attraction.

He’s only got TWO LEGS.

Chicken has opened a GoFundMe account to help someone who is short of clothing. She has suggested that everyone who is willing to contribute should send some suspenders to a person called Doris. I suggested other clothing might also be appreciated, but she said it was only suspenders that were required. It warms my heart to see her being so kind to the less fortunate.

Helping with the digging

On the home front, great progress has been made in my garden. I had to put in a written complaint due to the inactivity of The Fairy which seems to have done the trick. She recently installed a luxury toilet for myself, which has unfortunately been hijacked by EVEN MORE WILDLIFE. It is almost as if she expected the wildlife to visit, as demonstrated by her building a stone escape structure for the hedgehogs. Does she really expect me to share my toilet facilities? She also made a serious error with regards groundcover, which I had to protest against, through the medium of wee. There is no place in my bathroom for gravel. Not with my sensitive feet. It makes no sense. 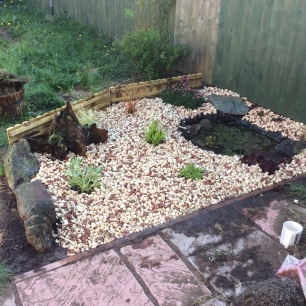 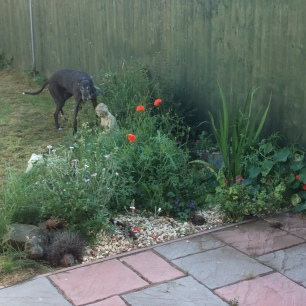 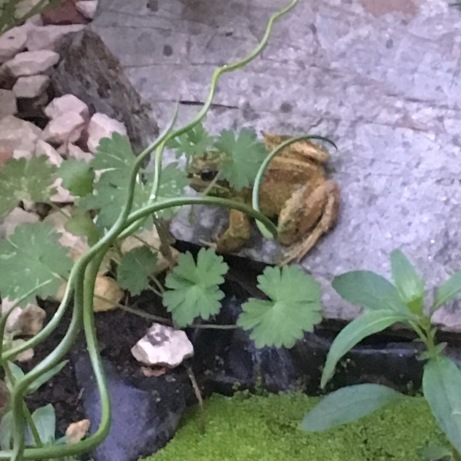