Posted on September 1, 2019 by Mydogslife

I’m sure that, like me, you are riveted to the ongoing Brexit negotiations. Chicken’s interest is now waning after an initially enthusiastic start. I can see her point. They are making it out to be a lot more complicated than it is. As far as I can see, we have three options.

1. Forget the whole thing, remain part of Europe whilst quietly dispensing with the whole silly democracy thing, and go about our daily lives with renewed energy.

2. Leave Europe but remain close by and go about our daily lives with renewed energy. Chicken suggested settling the country just off the coast of Norway.

3. Leave Europe, put a large distance between us and go about our daily lives with renewed energy. Chicken suggested moving closer to Panama where some of our tax revenue is held in off-shore accounts, but has recently changed her mind when she realised there would be many more 35 degree days. 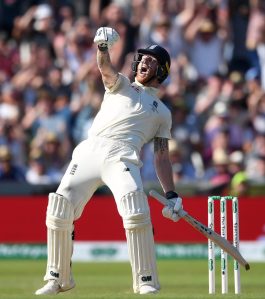 All round English hero

That’s it. That’s all there is to it and I really believe they should stop making a meal of it. If a meal is going to be made; let it be of steak and cake. Possibly also sausages and ice cream.

The Fairy and Chicken are both making plans to marry Ben Stokes, all round English hero. Yet again, I fail to see the attraction.

He’s only got TWO LEGS.