Posted on August 30, 2018 by captaingreyhound

The practice of displaying clothes in the garden for the neighbours to admire has continued all summer. There have been a few days recently when it has rained, and The Fairy has not taken her clothes outside, thus perpetuating Chicken’s belief that rain is dangerous. I have tried to reason with her by explaining that The Fairy is still willing to go for walks during rainfall but, as usual, Chicken won’t listen to me. 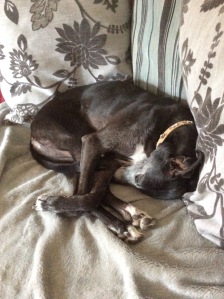 How to fold a Chicken

Last week, The Fairy was so determined that the neighbours see as many clothes as possible, that she had an outlandish number of articles hanging on the line throughout the day. This inevitably led to a large amount of folding being required.

In a lapse of concentration, The Fairy folded up Chicken by mistake. I offered my assistance to Chicken, stating clearly that I could unfold her in a jiffy but Chicken declined, saying she was quite comfortable and pleased that The Fairy had included her in the demonstration. 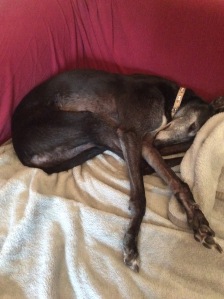 I cannot wait to see her walk with those.

It was a few days later when I walked into the living room that I noticed Chicken’s back legs had grown to an unnatural length. I do not yet know whether this unprecedented growth spurt is due to the folding up process, but I am keeping a fair distance from The Fairy, lest she attempts the same with me. My legs are perfect. I intend for them to stay that way.

I am in the process of writing a report about the cats on my estate after some quite remarkable developments. I will publish my findings shortly, once I have discussed them with Chicken Long Legs.

Posted on August 23, 2018 by captaingreyhound

My birthday came and went without acknowledgment. I had cleared my diary for the purpose of celebrating in style, only to find absolutely no evidence at all of any kind of social event, gift giving ceremony or newspaper announcement.

Thank goodness for Arky and Grandma. Arky provided Chicken and I with a stunning selection of steaks. I ate mine – Chicken just sucked hers down all in one go. Chew your food I tell her – you’ll enjoy it more.

Then came the creme de la creme of presents: The Desperate Dan Cow Pie. It also contained pork and green beans. This wonderful invention was delivered to us by Grandma and Grandad. Grandma had baked this pie because she loves us, but also because she felt sorry for us, as the one who takes care of us had completely forgotten.

The Fairy is trying to get back into our good books and has offered an array of excuses, none of which compensate for her total lack of good owner credentials. 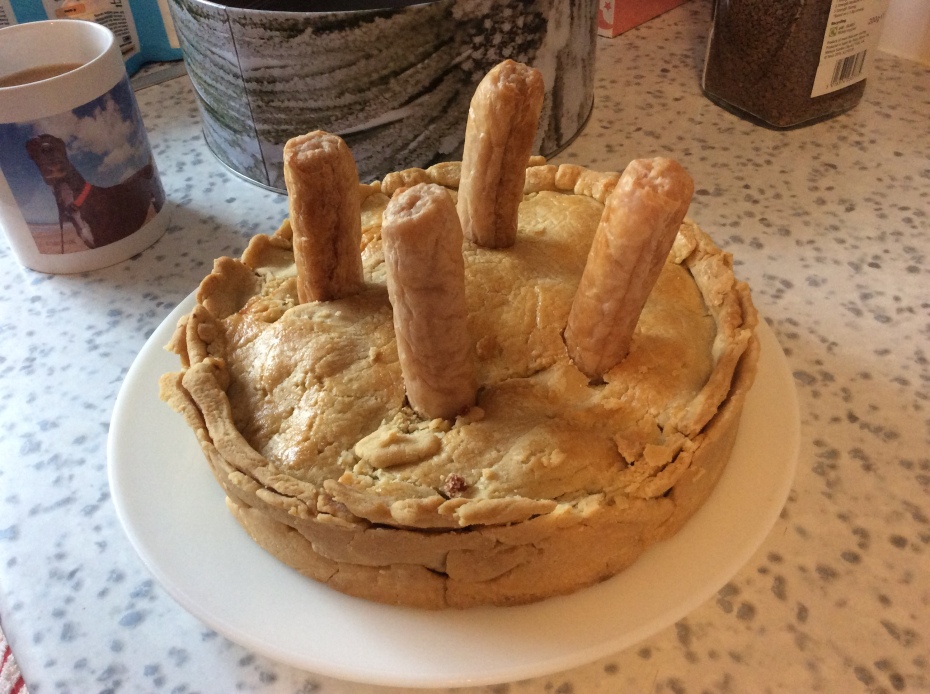 I cannot help feeling that I have taken my eye off the ball with regards to on-going owner training. I shall have to start a new training programme, with a view to kicking her back into shape.