152. The Grass Is Always Greener On The Other Side – by Monty 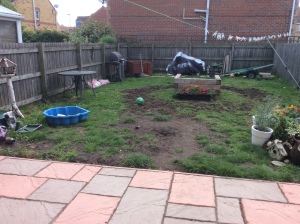 As you may recall, Chicken and I had worked very hard to dig out the foundations of our race track. The whole project had been fully approved by the government, to the best of my knowledge, so I foresaw no problems. Unfortunately, my plans had to be put on hold when Arky-Ollie-Just cordoned off the whole area without offering any explanation. The portable green fencing also denied us entry to my pit, which I was particularly annoyed about. 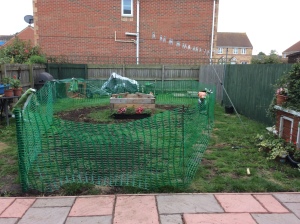 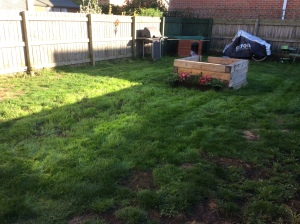 This fencing remained in place for just over two weeks, rendering my project behind schedule. In addition to this, the foundations gradually disappeared, ruining all our hard work. When the fencing finally came down, the whole area was a disgrace. It was completely covered in thick, new grass which Arky-Ollie-Just immediately set about cutting. I checked over the whole area for any security breaches, of which there were none.

I’m pleased to report, that only four days later, the foundations for the race track have been re-done, and the project is now back on schedule, with an estimated completion date of early November. I do believe that both Arky-Ollie-Just and The Fairy were pleasantly surprised at the speed with which we rebuilt our track. 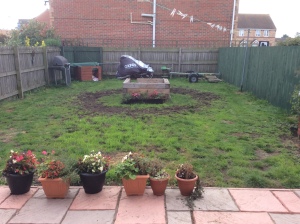 Right back where we started

5 thoughts on “152. The Grass Is Always Greener On The Other Side – by Monty”