Posted on March 28, 2018 by captaingreyhound

In the morning the other day morning Monty did say he was feeling poorly foot and I did look at it and his poorly foot was twice as big as his not bigger other foot. I did call him Big Foot and he did say Big Foot was not real and my Ghost Cat was not real and I dids shouting but Big Foot Monty was too painful to answer. So I dids show him the writing from the internetty and the man had film of the ghost cat. 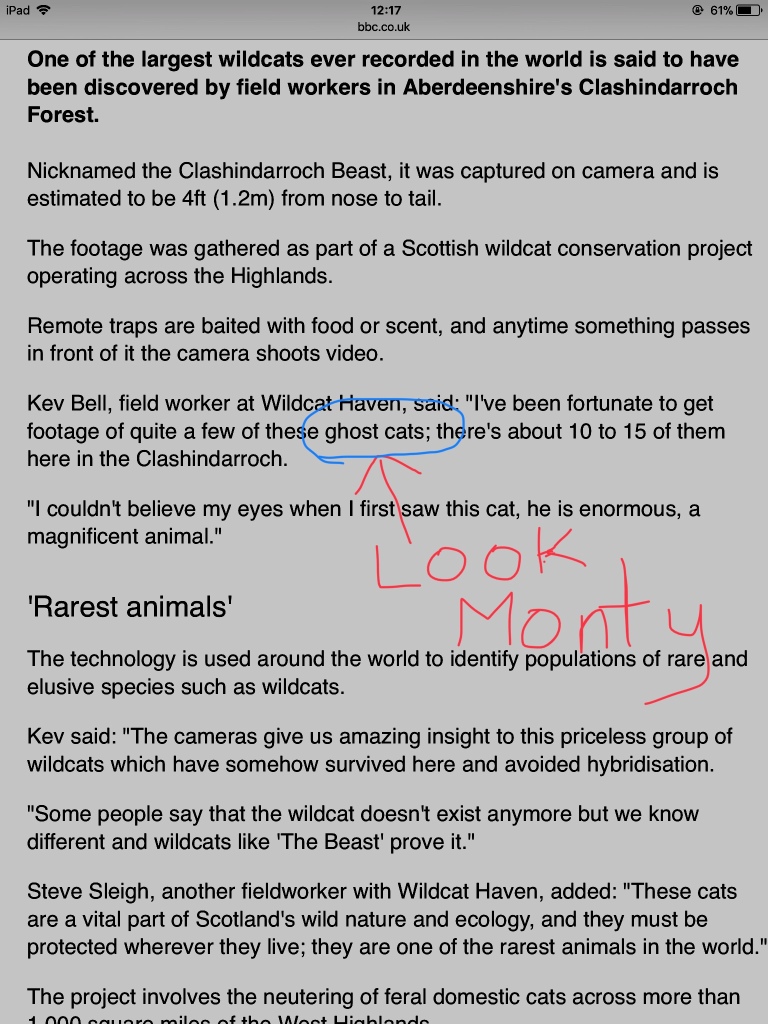 Peoples has all seen one.

I did go to tell The Fairy that Monty was Big Foot and Monty did get mad because then he dids have to go to the vets. Everybody was all worried and I was sad for my poorly Big Foot Monty.

The vet did fix his big foot and he did have the fur shaved off and he does look silly. I did missing him when he was at the vetty vet.

When he did coming home he was sleepy sleepy so I did cheer him all ups by telling him a bedtime story called The Bremen Musicians And The Tower With The Sausage Tower. It did take two hours to tell it all properly.